Sales of classic cars are booming, despite the ongoing effects of the Covid pandemic. And the market is being driven by online auctions.  © Provided by Motoring Research Ford Escort generations That’s the view of Tom Wood, CEO of Car & Classic. “With traditional auctions closed, people have wanted to […]

Sales of classic cars are booming, despite the ongoing effects of the Covid pandemic. And the market is being driven by online auctions.


That’s the view of Tom Wood, CEO of Car & Classic. “With traditional auctions closed, people have wanted to sell cars without physical contact,” says the tech entrepreneur. “Visits to our site were up 30 percent in 2020, but online auctions grew 60 percent month-on-month.”

Car & Classic is Europe’s largest marketplace for collectable cars, with more than 40,000 vehicles listed at any one time. Its new auction website launched in July last year and has sold hundreds of cars to date.

We asked Tom about the latest buying trends, how an online auction works and which cars get customers clicking. Oh, and his own very eclectic car collection…


Tell us about the current classic car market

It’s a buoyant market and online auctions have made it more accessible to more people. Modern classics – that’s anything from the eighties to the noughties – are really flying, both from an interest and a pricing point of view. We’ve also seen a slight softening of older cars from the forties and fifties.

That’s partly a generational thing: new people have come into disposable income and the cars that were on their bedroom walls now look attractive and potentially achievable.

I think that, thanks to the coronavirus vaccine, there will be a ‘post-war’ feel in the air. This will continue to fuel interest in classic cars.


How do your auctions differ from simply buying a car on eBay?

Well, you can sell anything on eBay, so the ‘car journey’ is no different to selling a spare tyre or a mobile phone charger. And you do lots of the legwork yourself, such as describing the car and taking photos.

We do that for sellers and charge zero percent fees for buyers. We also use motoring journalists to take the pictures (up to 200 of them) and write the words – and the same person does both, so the car is described in detail by somebody who’s actually seen it.

Importantly, Car & Classic has the world’s only escrow service for online car auctions, which is like the service offered by a physical auction house. We act as an intermediary, so funds are transferred from the buyer to us, then released to the seller when both parties are happy to proceed (i.e. the buyer has seen the car and is satisfied with its condition).

We’re talking about large amounts of money, so escrow is a huge selling point. It takes away the cash risk.


Are any brands or eras of car selling particularly well?

Our top three marques are all German: Porsche, Volkswagen and Mercedes-Benz, while cars from the nineties are currently generating the most interest. The most sought-after model is the Mercedes SL.

One example of a car selling for hugely more than reserve was a 1983 Mk1 Volkswagen Golf GTI, modified in-period by GTI Engineering. It smashed the £11,500 estimate, selling for £21,500.

There’s something for everyone but, anecdotally, I am seeing more modified classics coming up for sale.

I think there is a growing market for these cars, probably helped by the YouTube channels and so on. And it would be remiss if I didn’t mention electrified classics. There are more converted EVs now, such as Fiat 500s and MGBs.

There’s an element of individuality to classic cars, and pristine, as-it-left-the-factory restorations are probably being replaced, in part at least, by restomods – which are more unique and more usable year-round.

What advice would you give a first-time classic car auction buyer?

Spend time studying the description and images, to make sure you really understand the car’s good and bad points.

Read reviews for the auction house on Google, Trustpilot or similar. And get advice from marque specialists about your chosen car.

Finally, check what happens if you win. Most online auctions are simply introductory services, whereas we manage the transaction for you.


Tell us about your own classic cars.

The Morgan Aero 8 was always my dream car and I bought one, then toured it around Europe.

I had a 1965 Mk1 Ford Cortina race car, which I’ve now swapped for an Ariel Nomad. I’ve recently had a second child, so this is probably my act of rebellion.

I also own a Rover P5B Coupe, which I’ve had since university. It was the car that got me into classics. I’m very lucky that I now work with the cars I love.

Five classics that have made money

Finally, we asked Tom which five classic cars gained most value, in percentage terms, in 2020. The following list is based on data from actual Car & Classic sales.

Everyone loves a classic Ford, but not every classic Ford is loved equally. Where once the Escort won the most affection, there was a 104 percent rise in Cortina values from 2019 to 2020. Clearly, Tom sold his at the right time.

Nineties cars are where it’s at, particularly in the case of the Volkswagen Corrado. This compact coupe leapt in value by 69 percent. Former MR Features Ed. Gavin Braithwaite-Smith, who owns a Corrado VR6, will be pleased…

“Cars such as the Ford Escort RS Cosworth, Lancia Delta Integrale and Audi Quattro are at the top of their value peak,” reckons Tom, “and so the market is looking for a new rally icon.” That car could be the Toyota Celica, which was up 62 percent in a year.

An Aston Martin of the old school, the Virage replaced the long-lived V8 models in 1989. “A car that has seen its appeal grow in recent years,” according to Tom, with Car & Classic data showing a 53 percent rise in values in 12 months.

The venerable XJ saloon celebrated its 50th anniversary in 2018, which may have generated extra interest in the classic Jaguar. Buyers paid a hefty 47 percent more than the previous year.

Insight: the rights and wrongs of car design

Sat Aug 28 , 2021
Lauren Ro is interested in baby gear (she’s a new mom) and the ins-and-outs of decorating a home. Prior to the Strategist, she was a writer at Curbed, and before that was Wes Anderson’s assistant. Brooklyn-based Virginia Sin makes ceramic candlestick holders and fruit bowls (that you’ll find below). Photo: […] 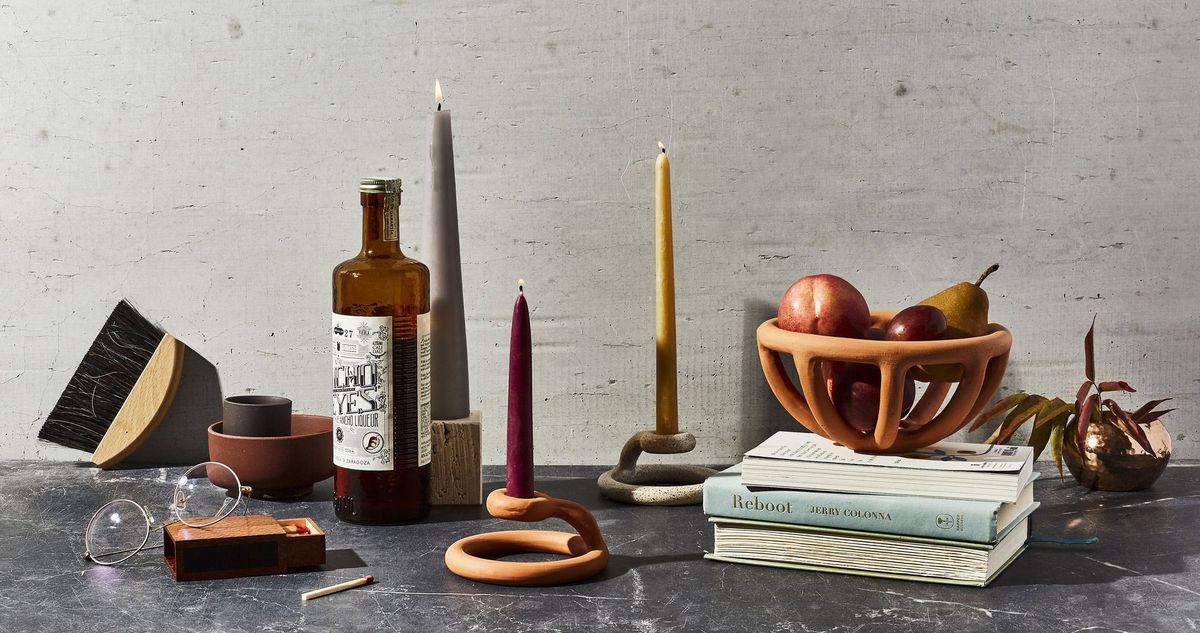