Ever since its introduction in 2015, NASCAR’s annual throwback weekend at Darlington Raceway has quickly become one of the most popular and most anticipated on the schedule thanks to the way it celebrates the loud and colorful history of stock car racing. And as always, throwback weekend in 2021 delivered […]

Ever since its introduction in 2015, NASCAR’s annual throwback weekend at Darlington Raceway has quickly become one of the most popular and most anticipated on the schedule thanks to the way it celebrates the loud and colorful history of stock car racing. And as always, throwback weekend in 2021 delivered more than its fair share of classic looks on modern machines.

While the performance of the cars took precedent once the green flag flew, the leadup to Throwback Weekend presented somewhat of a competition among NASCAR’s teams, drivers, and their creative minds. And in our opinion, 10 particular throwback schemes stand out thanks to a combination of elements like faithfulness, creativity, and overall aesthetics.

Here is a ranking of the Top 10 throwback paint schemes from NASCAR Throwback Weekend in Darlington.

In the NASCAR Xfinity Series race on Saturday, Justin Allgaier ran a Good Humor Ice Cream Chevrolet painted identically to the “Tasmanian Devil” car that Dale Earnhardt drove in the 2000 Daytona 500. One of the best details of this scheme was the “NASCAR 2021” decal based on the logo that ran on all cars during the 2000 season, and a Good Humor Ice Cream man – conveniently placed in an ice cream cone – in place of Taz was an exceptional touch, as were the Earnhardt-styled numbers.

However good it looked when it hit the track, it looked best by the finish of the race: Allgaier was able to take the lead from JR Motorsports teammate Josh Berry on a late restart, holding him off to earn his second win of the 2021 season and first at Darlington.

While Stewart-Haas brought four different throwback schemes to Darlington, none was finer than the throwback to “Super Tex” driven by rookie Chase Briscoe. Briscoe’s car was painted identically to the Copenhagen-sponsored car driven by Foyt in the mid-1980s, complete with a Smoke-branded can of snuff on the rear quarter panels.

Briscoe did the paint scheme well, as he turned in an 11th place finish on Sunday, tying his season-best.

As a rookie in the NASCAR Camping World Truck Series, Kris Wright is still trying to find ways to stand out among the crowd. And he sure got everyone’s attention with a paint scheme based on the GM Goodwrench-sponsored truck that Truck Series legend Ron Hornaday drove in 2005 – Complete with “Goodwright” branding.

Unfortunately, Wright’s throwback was only on track for 25 laps, as he would crash out of Friday night’s Truck race and finish 39th.

Second year Cup Series driver Quin Houff had one of the most popular paint schemes of the weekend, as his StarCom Racing team threw back to the RCA Ford that the late John Andretti drove to his first career Cup Series win in the 1997 Pepsi 400 at Daytona. Houff’s car featured not only a virtually identical paint scheme, but an identical number font as well as the old RCA label – and dogs – on the rear quarter panels.

Houff steered clear of trouble throughout Sunday’s Goodyear 400, but only managed a 30th place finish in one of two John Andretti tributes.

Tommy Joe Martins’ choice of throwback scheme may not have been the most famous, but it was one that was instantly recognizable: Martins’ team went with a paint scheme identical to the purple and yellow No. 45 10-10-345 Pontiac driven by Rich Bickle during the 1999 NASCAR Cup Series season. Martins’ team also went the extra step of making throwback pit shirts for their Capital City Towing Chevrolet.

Driving for his family-owned race team, Martins gave this throwback quite a run in Saturday’s Xfinity Series race: Martins finished sixth in stage one thanks to an alternate tire strategy, and then battled back from two laps down after cutting a tire to finish 14th.

Saturday’s Xfinity Series race featured two throwbacks to Dale Jarrett’s UPS schemes from the mid-2000s, with Jeremy Clements running the 2006 version and Brandon Brown racing the 2002 version. Both looked great, and Clements actually scored a fifth-place finish with his. However, the edge in terms of throwbacks belongs to Brown thanks to how he leaned into the UPS branding, doing everything from spoofing an old UPS slogan (“What can [Brandon] brown do for you?”) to full UPS packaging, delivery garb, and even a UPS truck.

Brown had a solid run going, but had to make an unscheduled pit stop and finished 23rd.

Tyler Reddick had country music label Quartz Hill Records on the side of his No. 8 Chevrolet on Sunday, and couldn’t possibly have picked a better driver to throw back to: Country music legend Marty Robbins, who moonlighted as a NASCAR driver – with a bright pink and yellow car impossible to miss – from 1966 all the way until 1982.

With the same colors and his No. 8 in the same style as Robbins’ old No. 42, Reddick ran at the front throughout the day on Sunday before fading later in the race and coming home 12th.

For his throwback scheme, Sheldon Creed’s GMS Racing team went with one of the classic looks of the Truck Series and a tribute to a popular West Coast racer: Creed’s No. 2 was painted just like Ultra Motorsports’ old Team ASE No. 2 trucks, specifically the one driven by the late Jason Leffler during the 2002 and 2003 seasons.

Creed put one of the most-recognizable paint schemes of the first 10 years of the Truck Series right back where it belonged: In a chaotic race, Creed outlasted Ben Rhodes at the finish to score his first win of the season.

Generally, a throwback to one of Richard Petty’s STP No. 43 paint schemes is going to be a winner no matter what. But this particular one, driven by Erik Jones, was especially well-received. Jones drove the same STP paint scheme that John Andretti drove during the 1999 season, which saw him win at Martinsville.

After winning the eNASCAR iRacing Pro Invitational Series race on Wednesday night, Jones looked to be headed for a run befitting his car on Sunday. But a cut tire relegated him to 18th place at the finish – Though his paint scheme did win the Fan Vote for throwback schemes held by NASCAR.

NASCAR Hall of Famer and ultimate underdog Alan Kulwicki was well represented on throwback weekend, as three paint schemes in Sunday’s Goodyear 400 were based on cars he drove during his career. But no one’s Kulwicki throwback was quite like Corey LaJoie’s: LaJoie ran a car with the exact number and the exact paint scheme as Kulwicki’s Zerex car from the 1989 and 1990 seasons, which was prepared out of the same race shop that once housed Kulwicki’s team.

Not only that, but LaJoie sported an authentic Alan Kulwicki firesuit during pre-race. LaJoie brought his car home 22nd, but both he and Spire Motorsports can rest assured that their throwback was one of the most creative, most faithful, and best-looking in all of throwback weekend.

Cash for Curtains: Boris Johnson Should really Have a Properly Adorned Property

Wed May 12 , 2021
Belief the British to change a tale of political sleaze into a story about course and the price of high-priced furnishings. But the the latest shenanigans in the ruling Conservative Party reveal a lot about the ruling elite in British politics: As in the U.S., it now routinely aspires to the wealth, […] 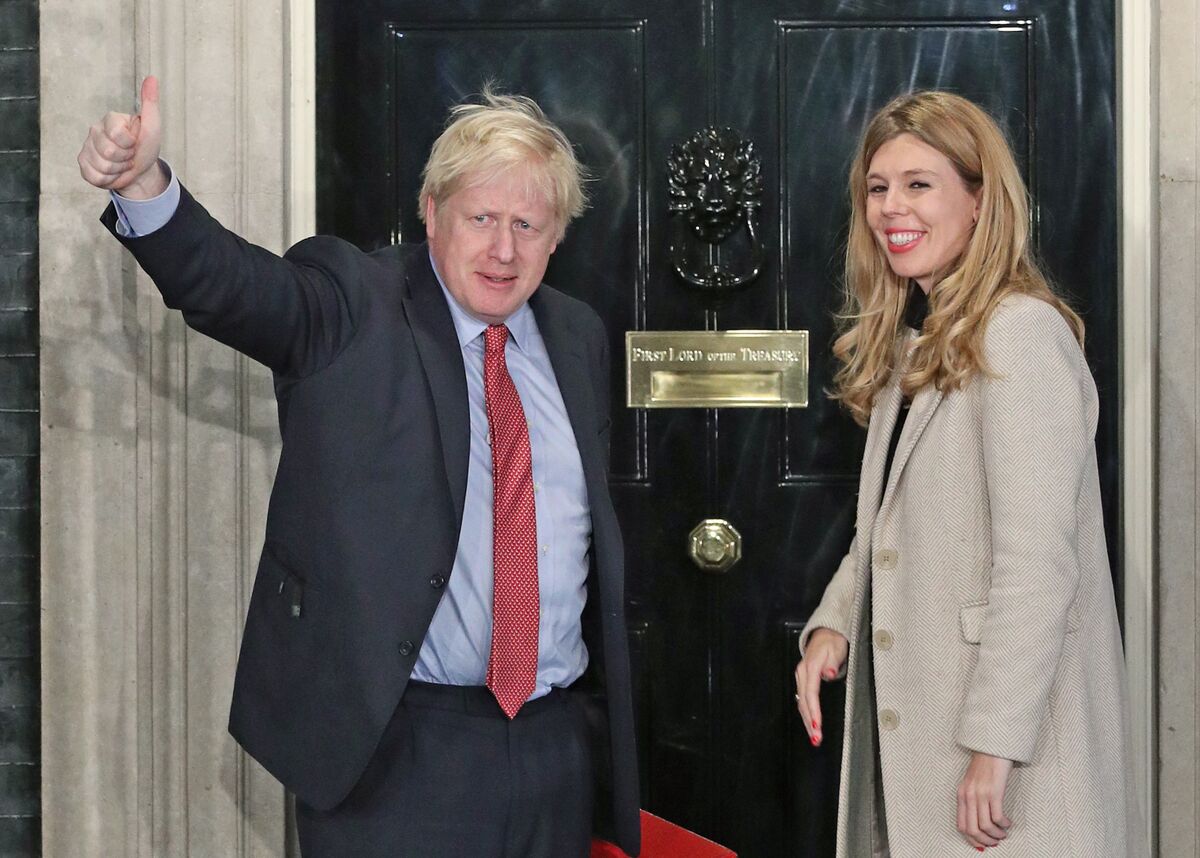